The carabid Leistus oopterus was added to the British list back in 2015, caught in a pitfall trap by a Jim Fairclough near Hirwaun (paper here). This new addition has taken the total of Leistus species too be found in south Wales to six.

Links to the other species here.

Leistus montanus. Not yet found in south Wales, known from north Wales.

I've visited Hirwaun common twice now in search for this species, both in order to get familiar with its habitat requirements, ease of finding etc. I've managed to connect with it on both occasions, finding 4 individuals so far, one being teneral, so it looks like its an established breeding population.

I collected the one in pic for the Darwin Tree of Life genome project, perhaps it can help with future debates on whether this species is native or not. Over the next couple of years i'm going to expand the search for this species in similar habitats (Purple moor-grass and rush pasture(?)), hopefully its not just restricted to this site. 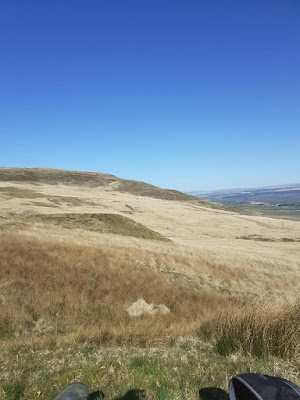 I'd very much welcome any info, sightings etc for this species, so please get in touch. I'm aiming to map its distribution here in Wales, along with several other species that are said to have been introduced from the same region as this beetle.

EDIT: I found a second site for these in a conifer strewn disused quarry near Pontypool. 18/06/21

Two more specimens found while sieving damp Juncus litter just inside a conifer plantation the other side of this quarry site. 03/09/21 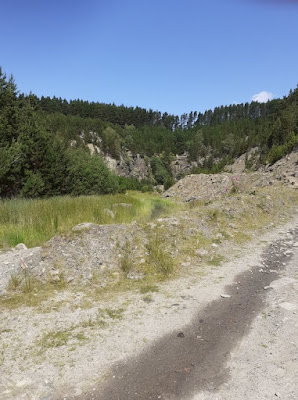